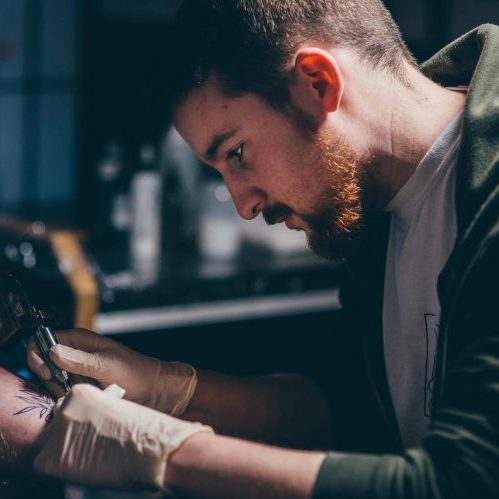 Josh has been a tattooist at next level since August 2017, after graduating university the same year with a BA Hons in illustration at UWE. He spent a large part of his teenage years painting graffiti on the Bristol art scene. He became interested in getting tattooed while studying for his degree and developed a keen interest in the art form. His creative background comes from graffiti, illustration and screen printing and he incorporates elements from these things into a traditional/illustrative style of tattooing he does at the studio.

We are an established tattoo studio providing custom tattoos, piercing,semi-permanent makeup and tattoo removal. Based in Weston-super-Mare.